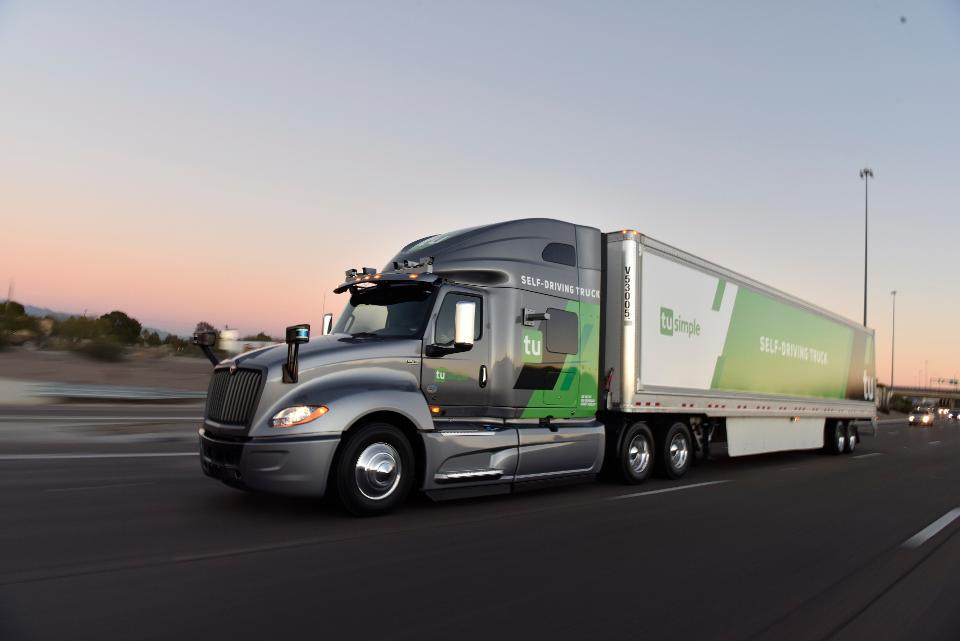 TuSimple, a self-driving truck startup that splits operations between the U.S. and China, raised an additional $120 million from investors that’s earmarked to fund R&D and continue expanding its fleet of AI-enabled 18-wheelers.

The new funds are part of an extended Series D round that brought in a total of $215 million and included previously announced investment from UPS, as well as Beijing-based CDH Investments and Mando Corp., a South Korean auto parts supplier. Chinese tech firm Sina Corp., parent of social media platform operator Weibo, led the round, TuSimple tells Forbes.

“We’re very pleased with the fundraising … and also to have strategic investors, both upstream and downstream,” Cheng Lu, TuSimple’s CFO, says. Having “downstream customers like UPS, fleet customers, is very exciting for this round and one of the reasons we kept it going a bit longer.”Today In: Business

By year-end, TuSimple will have 50 semi-trucks hauling loads for U.S. customers from its engineering base in Tuscon, Arizona, and it hopes to double that in 2020. In addition to funding the refinement of its software, hardware and sensors that enable its trucks to handle highway driving, some of the new funds will go for “joint development projects” with suppliers it’s partnered with, Lu said, without elaborating.

Cofounded by company president and CTO Xiaodi Hou, a Caltech-trained scientist, TuSimple is moving fast to deploy self-driving technology to long-haul trucking in the U.S., a market that’s worth an estimated $800 million a year and is contending with a shortage of human drivers. It ran a pilot program with the U.S. Postal Service, sending trucks from Arizona to Texas, earlier this year, and has been hauling paid loads for UPS for months.

(For more, see Robo-Rigs: The Scientist, The Unicorn And The $700 Billion Race To Create Self-Driving Semi-Trucks from the March 31, 2019, issue of Forbes Magazine.)

“TuSimple’s technology is at a pivotal point for maturity and it has huge market potential, which is why we wanted to deepen our relationship with TuSimple and become a strategic investor,” Mando CFO Jae Chung, said in a statement.

Autonomous trucking has been a bright spot for the technology over the past year, particularly in the aftermath of a fatal March 2018 accident in which an Uber self-driving test vehicle struck and killed a pedestrian crossing a dark Tempe, Arizona, street. Competition to commercialize robot-trucking includes Alphabet’s Waymo, the industry’s biggest and best-funded program, in addition to Silicon Valley startups including Embark, Starsky Robotics, Kodiak and Ike.

The latest round pushes total funding for TuSimple to nearly $300 million, and lifted its estimated valuation to more than $1 billion. Nvidia, a leading maker of advanced computing systems for self-driving vehicles, is also a key investor and technology partner.

TuSimple’s Chinese business is based in Shanghai, while its U.S. headquarters are in San Diego. Lu describes the four-year-old company as a global startup that’s trying to build up operations in both countries. Still, the U.S. has a bigger fleet of trucks and is a larger source of TuSimple’s revenue, he says.