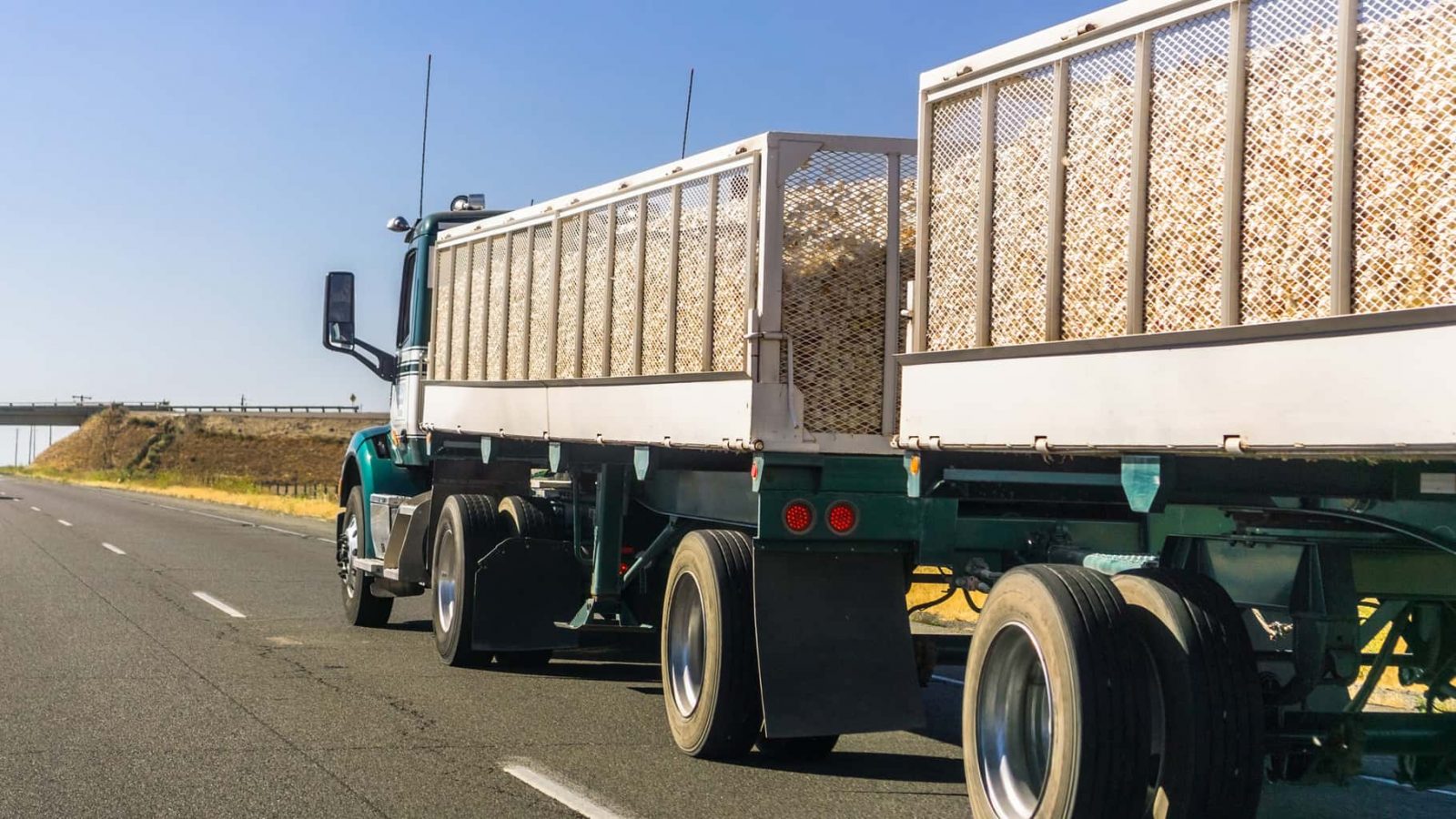 A significant heat wave will develop in the western U.S. this week, mostly in California, with temperatures cracking the 100° mark in some places. California has the largest economy of all 50 states and is the number one producer of summer crops like strawberries. The fruit is the state’s fourth-largest commodity, and California produces nearly 90 percent of total U.S. production. For growers, there appears to be some light at the end of the tunnel after an excessively wet winter that delayed plantings, as well as severe spring storms that destroyed approximately three million cases of cherries, as reported by FreightWaves last month.

According to FreightWaves Market Expert Dean Croke, produce volumes have been growing recently with the arrival of more summer-like weather, especially in the major northern California agricultural regions. The latest SONAR data shows outbound tender volumes in Stockton (OTVI.SCK) and San Francisco (OTVI.SFO) have increased 11.29 percent and 39.50 percent, respectively, in the last two weeks. Also, outbound tender rejections of refrigerated freight have increased fourfold to 6.70 percent and 5.16 percent, respectively. Loads that are offered to carriers by shippers may be rejected by those carriers for any number of reasons, including price per mile as well as capacity (amount of trucks available).

Agricultural truckload rates (AGRATE.SFOJFK) from the San Francisco area to New York City have increased by 5.45 percent to $7,700 over the same two-week period, which is an ominous sign for shippers exporting to large East Coast markets. Following Memorial Day in 2018, truckload rates jumped 21.02 percent to reach $9,914 towards the end of June. With produce volumes on the rise from the West Coast, shippers need to be ready for decreasing capacity. Long-haul (850 miles or more) outbound tender rejections from San Francisco (LTRI.SFO) almost tripled to 2.82 percent in the last week. There’s capacity in the market this week, but this could change quickly. Shippers should extend lead times to keep carriers on their weekly coast-to-coast cadence and decrease wait times (which increased by around 10 percent in May).

The avocado crop not doing quite as well as others in California. The city of Fallbrook in San Diego County claims the title of “Avocado Capital of the World” and holds an Avocado Festival each year. An intense heat wave in July 2018 took a steep toll on the popular summer fruit.

“My objective, pretty consistently every year, is to be finished by the Fourth of July,” Fallbrook grower and grove manager Charley Wolk told Fresh Plaza.com last week. “Except for one grove, I’m finished now. That gives you some idea of how much smaller that crop is.”

Jan DeLyser, vice president of marketing for the California Avocado Commission, puts early estimates of the 2019 harvest at 175 million pounds. That’s down considerably from 337.8 million pounds harvested in the 2017-18 crop year.

“We started in basically early April with volume shipments, and we’re looking at continuing really into September, which is a longer period of time than we thought we were going to be in the marketplace originally,” DeLyser said.

The weather in the past year has reduced volume, but has helped in other ways. The avocadoes, in many cases, are larger than normal and growers have saved some money because they didn’t have to irrigate as often compared to a normal season.

Record/near-record temperatures are forecast for the next few days for the Sacramento and San Joaquin valleys. Temperatures on the I-5 corridor in places such as Chico, Redding, Sacramento and Stockton will reach 100°-106°. On average, these cities see their first 100° day around this time of year, but normal highs are 86°-88°. Highs of 95°-105° are likely in the San Francisco metro area, as well as Bakersfield, Fresno, Hanford, Merced and Paso Robles.

The heat wave will spread to far northern California and southern Oregon on Tuesday, as well as far southern California, southwestern Arizona and the Las Vegas area. Temperatures will range from 95°-105° from Mount Shasta, California to Medford, Oregon, and from 110°-115° from Eagle Mountain and El Centro, California to Phoenix and Yuma, Arizona. The hottest spot will probably be Death Valley, with scorching highs of 115°-120° all week, several degrees above normal for early to mid-June.Drivers: Make sure your trucks are in tip-top shape, and don’t forget to stay hydrated! Drink some extra water occasionally, even if you don’t feel thirsty, and spend your breaks indoors in cool, comfortable spots. The National Weather Service (NWS) has issued Heat Advisories and Excessive Heat Warnings across the region.

This article was found at Freight Waves, and written by Nick Austin, Director of Weather Analytics and Senior Meteorologist