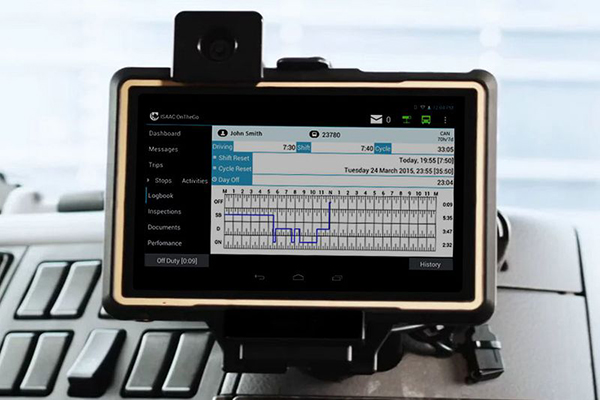 Motor carriers that have long been pleading for more flexibility in the federal government’s truck driver hours-of-service (HOS) rules may finally be getting their wish…maybe.

That was the key takeaway from a recent Associated Press report published last week that stated the United States Department of Transportation is taking steps to “relax” the current HOS rules, which many view as another example of the Trump administration’s de-regulation efforts, which are viewed favorably by business interests, if not safety interests.

This part is perhaps the key working thesis of the AP report, one that clearly is viewed as music to the ears of motor carriers and trucking circles around the United States: “Though no specific proposal has been released, the rules believed to be up for repeal involve daily limits on the number of hours a truck driver can be behind the wheel and a requirement for a 30-minute break during an eight-hour stretch of driving.”

As things currently stand now, the current HOS rules, which took effect in July 2013, are as follows:

While motor carriers yearn for more flexibility in current HOS rules, in order to be more efficient, the report made it clear that safety concerns remain paramount, citing a May report issued by the Federal Motor Carrier Safety Administration (FMCSA), which said there were 4,657 large trucks involved in fatal crashes in 2017, a 10% increase over 2016.

Those numbers don’t lie, that is obvious. But, at the same time, many carriers view them as so onerous that by following them to the letter of the law can make things unsafe, too. That said, it makes for a difficult situation on all sides.

It is unknown what the clear next steps are until more visibility is provided. But one thing for sure is that this situation is far from over. When the Electronic Logging Device (ELD) mandate took effect in late 2017, it did remove some capacity from the market, but not as much as was originally expected. And with the “boom” year that 2018 was in trucking, capacity was as tight as it has been, maybe ever.

In mid-2019, market conditions have changed as capacity has loosened and demand is not at the heightened levels of a year ago. But things can change quickly, especially in this market, and regulations often play a part in the reasons why. Will they again? We will have to see.