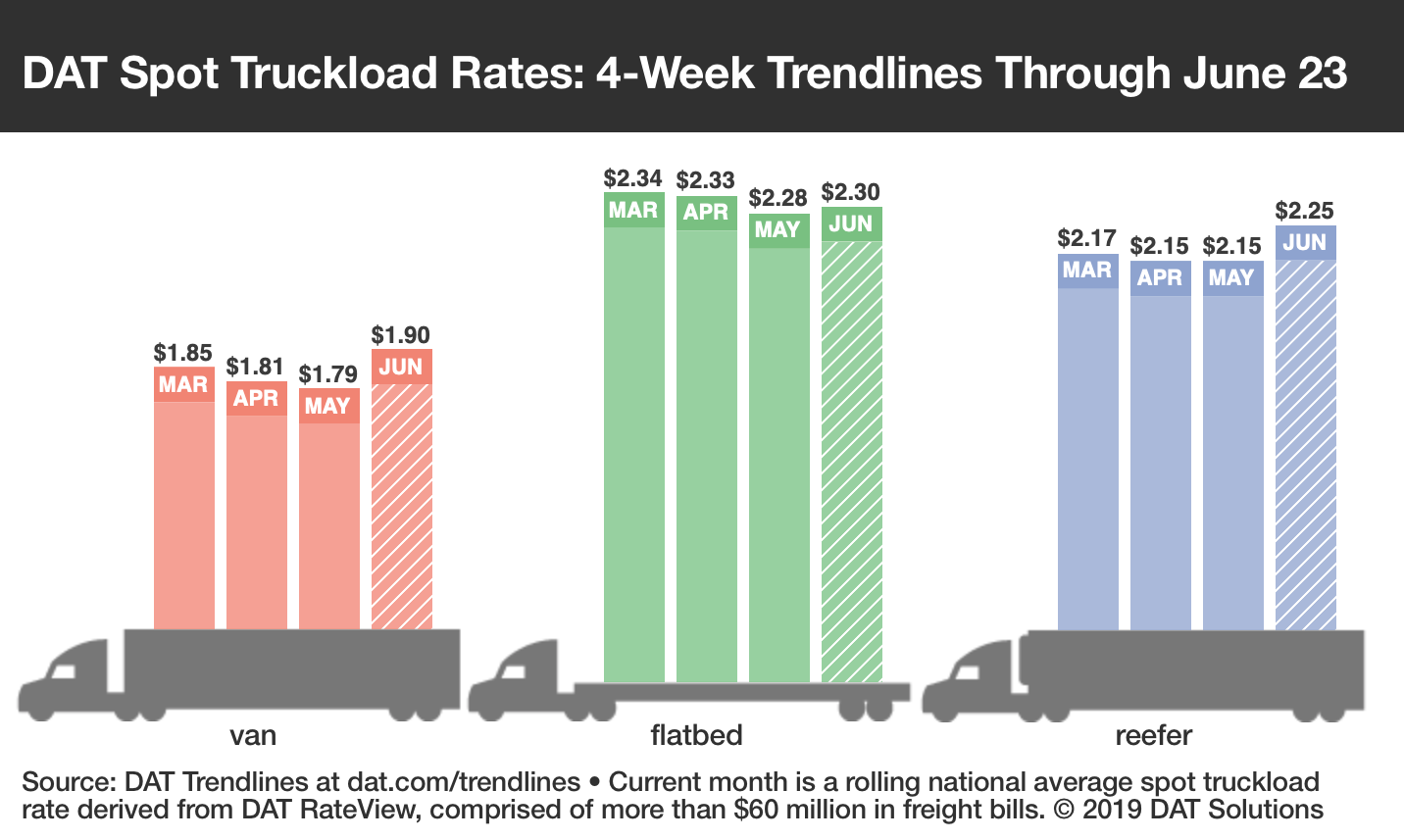 The number of truck posts on the DAT network of load boards increased 3.5% while the number of loads declined 2% compared to the previous week.

National average spot rates for the month, through June 23:

Van trends: The national average van load-to-truck ratio fell from 3.0 to 2.6 although freight availability on the Top 100 van lanes on DAT RateView remained solid last week. Combined volume on these lanes is up 22% compared to the same period a year ago, although spot rates are lower year over year: indeed, the spread between truckload contract rates and spot rates is near a historic high.

Where van rates are rising: The average spot van rate strengthened out of Los Angeles ($2.35/mile, up 5 cents) and Stockton, Calif. ($2.06/mile, up 5 cents), compared to the previous week but volumes were softer, perhaps signaling a winding down of supply chain managers moving freight to beat potential tariff increases. Key van-lane rates on the spot market:

Where rates are rising: Raleigh, N.C., stands out for having gained 11.6% in the average outbound rate during the last month and hitting $2.94/mile last week. Outbound flatbed volumes were up 41% there as well.

This article was first found at FleetOwner.Com and written by Fleet Owner Staff