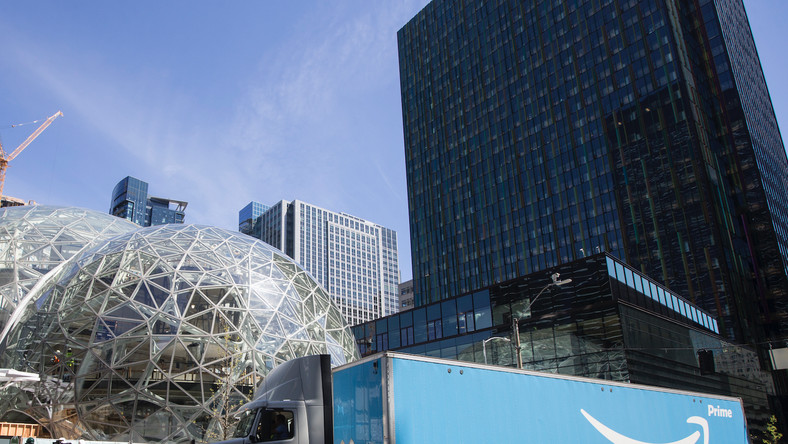 In April, Amazon launched a website that allowed truckers to take jobs driving Amazon packages in Prime-branded trailers across the country. Scott Leckliter, an Iowa-based independent trucker, checked it out.

And he was surprised at how low the rates were.

“As long as you pay me market value, I’m good. I don’t need astronomical numbers,” Leckliter told Business Insider. “But they were lower than that and it was considerable.”

According to a recent report from FreightWaves , Amazon’s rates in the spot market which is whenretailers and manufacturers buy trucking capacity as they need it, rather than through a contract are on average 18.4% lower than rates posted on DAT , one of the largest broker boards in the country.

“It was just not gonna work for me,” Leckliter said. “It was not as profitable as working with a different broker who is going to pay market value.”

Trucking companies are wary of Amazon, too.Daniel Lacroix, who is the director of safety and compliance at Franklin, Massachusetts-based Regency Transportation, told Business Insider that he wasn’t interested in working with Amazon after seeing the rates offered.

“We didn’t make it past the initial bid process because the rates were just ridiculous,” Lacroix said. “I love Amazon.I get all of my stuff off of Amazon, but I don’t want to do business with them.”

“We cannot continue driving shipping costs down,” one trucking company said in the FreightWaves report. “Where are the antitrust laws? Amazon is becoming a monopoly. Small companies will not be able to compete.”

Trucking executives are wary of working too closely with Amazon

That means rates can be too low to turn a profit, but it can also mean that the company demands so much capacity that it overwhelms a company’s network.

“Amazon contracts are pretty demanding,” Satish Jindel, the SJ Consulting Group’s principal consultant, previously told Business Insider . “Because they’re growing so rapidly, they can suck up a lot more of your capacity that you planned to make available to them.”

And, when Amazon suddenly shifts its logistics strategies, the company is at risk of losing a major customer that it may have grown dependent on.

“Amazon is really trying to monopolize the transportation side and dictate their own terms,” Lacroix of Regency told Business Insider. “People can choose if they want to work with them or not. But some people are going into the (trucking) business (to work with Amazon), thenthey realize there’s not enough money to operate with them.”

XPO Logistics, which is among the country’s largest logistics players, said in Feb. that the company will lose some $600 million in revenues as its “largest customer” (believed to be Amazon) begins to in-house some trucking and logistics operations.

Amazon has been shifting more and more packages to its in-house delivery network of trains, planes, delivery vans, trucks, and ocean freighters.Amazon’s worldwide shipping costs have grown fifteenfold from 2009 to 2018. Net sales increased by sevenfold in the same time.

Amazon says its in-house network is better and more cost-efficient. Many observers say Amazon is also building a third-party logistics company that will someday compete against FedEx and UPS.

“Amazon is making a shrewd move here in saying, ‘Look, I can build this myself and I have the capability to deliver this myself,'” AT Kearney vice president Joshua Brogan previously told Business Insider of Amazon’s logistics moves.

But for most truckers, the e-commerce company isn’t the ideal partner. Leckliter said most other truckers he knows tend to stay away.

This article was first at Business Insider